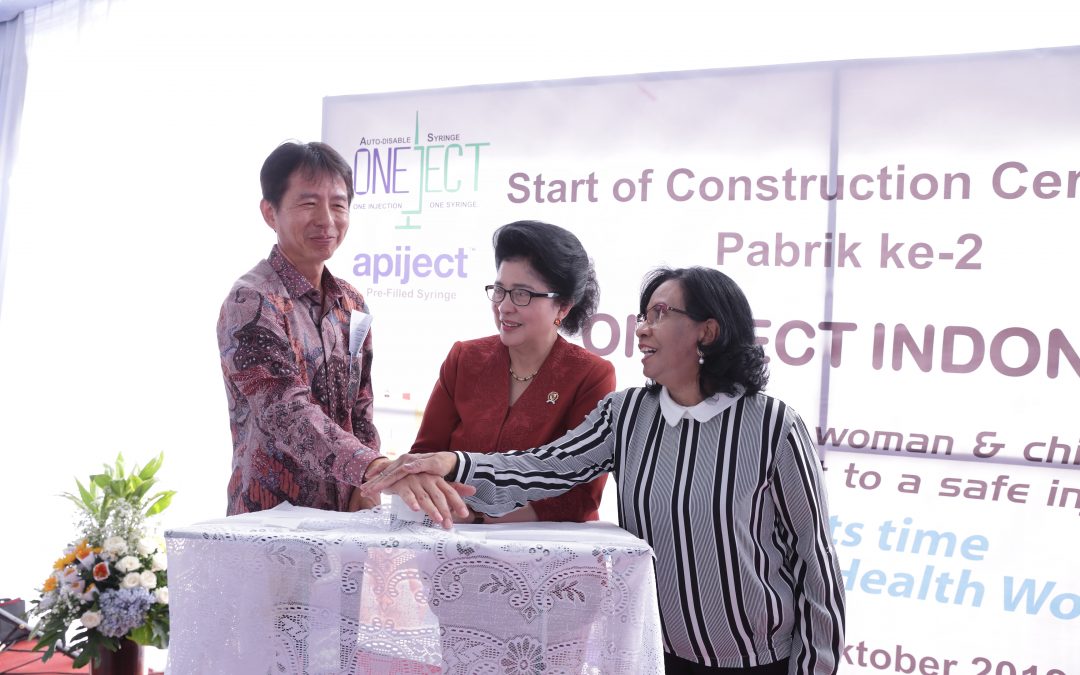 CIKARANG – PT Oneject Indonesia, a manufacturer of medical devices, has begun to develop the construction of its second factory in Cikarang, Bekasi, with a total investment of IDR 350 billion.

The new production center is predicted to be able to produce 900 million disposable syringes or auto disable syringes per year and 1.2 billion syringes with safety needles per year.

President Director of PT Oneject Indonesia Jahja Tear Tjahjana said his party would develop the production center on an area of ​​1 hectare for 5 years in two stages.

The first phase will be developed in the next 2 years with an investment of Rp. 175 billion. With the same investment value, his party will continue to develop the factory in the next 3 years.

“So, our total investment is IDR 350 billion in 5 years,” he said during a construction project ceremony in Cikarang, Bekasi Regency, West Java, Monday (7/10/2019).

Jahja explained that the construction of this new facility is an expansion of Oneject Indonesia, which previously had its first factory in Bogor, West Java. The initial facility on an area of ​​5,000 square meters has a production capacity of 300 million syringes per year.

According to him, the capacity increase is in line with the steps taken by the World Health Organization (WHO) which has declared 2020 as the first year of using safe injection equipment worldwide.

Not only safe for patients such as disposable syringes that have been circulating, Jahja said the medical devices must also be safe for health workers.

“The syringe must use a needle protector so that health workers can easily close it again without the risk of being stabbed or injured,” he said.

Jahja said the initial construction of this factory could be completed in May 2020. His party could also immediately be involved in supporting the government’s program to expand the use of domestic products in the field of medical devices. Moreover, the ratio of the use of injection equipment to the population of Indonesia tends to increase.

“This happened in line with the improvement in government services in the health sector.”

In addition to the production of syringes, Jahja added that this factory also provides sterilization facilities for medical devices. The facility uses the latest technology, namely the Electron Beam Machine, which is used without residual waste.

Minister of Health Nila Farid Moeloek hopes that the development of the new factory can increase the competitiveness of Oneject Indonesia’s products. That way, local products can meet domestic needs. This is in line with Presidential Instruction No. 6/2016 concerning the Acceleration of the Development of the Pharmaceutical and Medical Devices Industry.